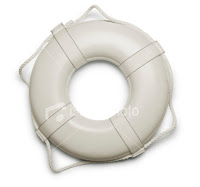 As I sing happy birthday to the greatest golfer to ever hold a flatstick, I want to pay my respect to the PGA Tour. It is simply in a lifeboat. The Hope Classic has no sponsor and has no top 30 players playing. Rather, all the talent has been sucked away (as predicted), following the money wherever it goes to the detriment of fans of the game. This week, the money is in Abu Dhabi in the UAE. The PGA Tour will find itself in Mexico and Puerto Rico before it comes back to Augusta.

Where is a US golf fan to turn?

That's right. The Champion's Tour. With little fanfare, one of the most popular golfers in history...Fred Couples, made his Champions Tour debut this week in Hualalai. He is currently in 3rd behind other (former PGA Tour) fan favorites Tom Lehman and Tom Watson. I believe the Champions Tour holds more enjoyment to the US golf fan now than ever. Most of the fan favorites are now in full rotation on the Champions Tour, and sponsors are noticing, which will allow the Tour to thrive where other Tours are having to retrench.

As an overall optimistic fan of the game...I think it's great to have all these Tours so we can pick and choose our what interests us. I believe for the next few years the Champions Tour will garner the most fan interest. I see a retro-rebirth...couch-golfers connecting with their past. Freddy will lead the way, and I see the Champions Tour as the rope that will keep the overall PGA's life- preserver treading water.

I think we're about to see sparks fly.
Thanks for reading. Keep it in the short-grass,
JFB

I would love to talk about how well the leader of this tournament hits the ball but no one wants to hear the truth about the golf swing.

He, David Duval, Annika, and a few others are always on the top of the stats concerning fairways and greens in regulation hit.

What do you think that is about?